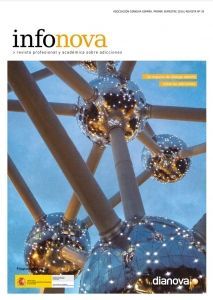 The present text aims to provide a retrospective look at the genesis and evolution of ethnographic studies on psychoactive substance use in the West. These studies began in the 1930s in the USA, with the Chicago Sociological School being of particular relevance.

For this sociological school, the best way to study the new ways of life of the growing industrial society was direct observation in the many different social contexts that were rapidly proliferating (neighbourhoods, ghettos, working conditions and workplaces, housing…) as well as the study of newly formed subgroups: youth street gangs, delinquents, musicians… and the so-called “drug user subculture”. In 1950, a significant change occurred when theories of social deviance were proposed. These theories focused attention on the actor’s perspective, confronting the stereotypes of (criminality, social deviance and mental pathology, which were promulgated by sciences such as medicine, psychiatry, criminology, psychology and even sociology) – and which in reality still remain in the imaginary of our society.

Anthropological studies on drug use in our territory, inevitably linked to the field of medical anthropology, have been one of the most important and influential in the scientific and political debate on the subject.

You can find out more about which cookies we are using or switch them off in settings.

This website uses cookies so that we can provide you with the best user experience possible. Cookie information is stored in your browser and performs functions such as recognising you when you return to our website and helping our team to understand which sections of the website you find most interesting and useful.

Strictly Necessary Cookie should be enabled at all times so that we can save your preferences for cookie settings.

If you disable this cookie, we will not be able to save your preferences. This means that every time you visit this website you will need to enable or disable cookies again.

This website uses Google Analytics to collect anonymous information such as the number of visitors to the site, and the most popular pages.

Please enable Strictly Necessary Cookies first so that we can save your preferences!